All Air Conditioning Inspections should have been completed by January 2011 in England and Wales. If you do not have a report by now you could face a £300 fine on each building that you occupy and control. If you are a tenant in a multi occupier building, control your own system and do not have a report then you need to carry out a TM44 Inspection immediately. The size of the air conditioning system prompts the need for an air conditioning inspection and not the type of building and therefore the measures apply to homes, commercial and public buildings. TM44 legislation also applies to parts of a building if there are separate controls such as a shopping centre.

The inspection will be carried out by an Accredited Assessor will include:

Trading standards are responsible for enforcing the requirements and they have the authority to issue penalty charge notices for non – compliance and continued non – compliance. Fines are currently £300 per building or space, and can be repeated at the discretion of Trading Standards.

If you control the technical operation of an air conditioning system, are a building manager or owner, you are responsible for obtaining an assessment report.

The Energy Performance of Buildings (Certificates and Inspections) (England and Wales) Regulations 2007
http://www.legislation.gov.uk 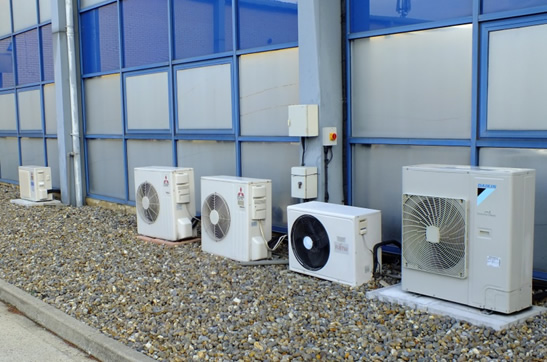 We are a national company, giving the high
quality service you would expect from a family firmspecialising in refrigeration and heat-pump airconditioning.

We offer a 24 Hour Service, 365 Days a Year, to maintain your refrigeration and air conditioning systems to ensure continuity of service to our customers

Semi or fully comprehensive maintenance contracts for refrigeration and air conditioning systems are available with prompt and efficient service.

This website uses cookies to improve your experience while you navigate through the website. Out of these, the cookies that are categorized as necessary are stored on your browser as they are essential for the working of basic functionalities of the website. We also use third-party cookies that help us analyze and understand how you use this website. These cookies will be stored in your browser only with your consent. You also have the option to opt-out of these cookies. But opting out of some of these cookies may affect your browsing experience.
Necessary Always Enabled

Any cookies that may not be particularly necessary for the website to function and is used specifically to collect user personal data via analytics, ads, other embedded contents are termed as non-necessary cookies. It is mandatory to procure user consent prior to running these cookies on your website.